View of the Forum, toward the Capitoline hill, with flooding 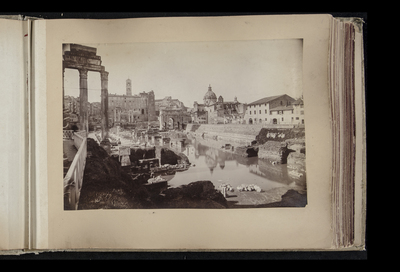 The first group of photographs in this album show Stillman's interest in the ongoing excavations of the area of the Forum and around the Palatine hill. Begun after 1870, when Rome became the capital of the newly unified Italy, these excavations revealed the core of ancient Imperial Rome, and transformed this part of the city into its reknowned open-air archaeological site.